The country declared its independence on July 26, 1847, making it Africa’s first and oldest modern republic. Liberia began as a settlement of the American Colonization Society (ACS), who believed  the former slaves would face better chances for freedom and prosperity in Africa. The former slaves, Americo-Liberians replicated the only society most of them knew: the racist culture of the American South. Believing themselves different from and culturally and educationally superior to the indigenous peoples, the Americo-Liberians developed as an elite minority that held on to political power. In 1980 political tensions from the rule of president William R. Tolbert resulted in a military coup during which Tolbert was killed, the coup was led by Samual Doe a member of the Khran tribe. The long awaited reforms didn’t materialize, privileges previously held by the American-Librarians were switched to members of the Khran tribe causing much unrest and disappointment. Eventually Samuel Doe was assassinated in 1990 triggering the 14 year bloody civil war, killing 250.000 people ( 8% of the population), displacing over 1 million civilians,  forcefully  enlisting child soldiers and leaving behind a badly weakened economy which had shrunk by 90%.

After 14 years of civil war, a peace deal was reached in Ghana greatly influenced by the role Liberian women played. Leeneh Gbowe was later recognized for her leadership to this women’s movement by receiving a share of the 2012 Nobel peace prize. The first post war democratic elections of 2005 was won by Ellen Johnson Sirleaf, she made history as the first female president of the continent. Under president Sirleaf the country started its reconstruction with the help of the International Community and the UN peacekeepers. A big setback came when Liberia was hard hit by Ebola from 2014-2016 leaving over 4000 persons dead and many orphaned and widowed.   After serving 2 terms president Sirleaf stepped down in 2018,handing over the rule to the winner of the 2017 elections, the  immensely popular George Weah, former professional footballer in Europe. 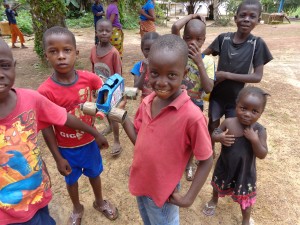 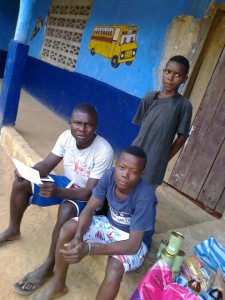